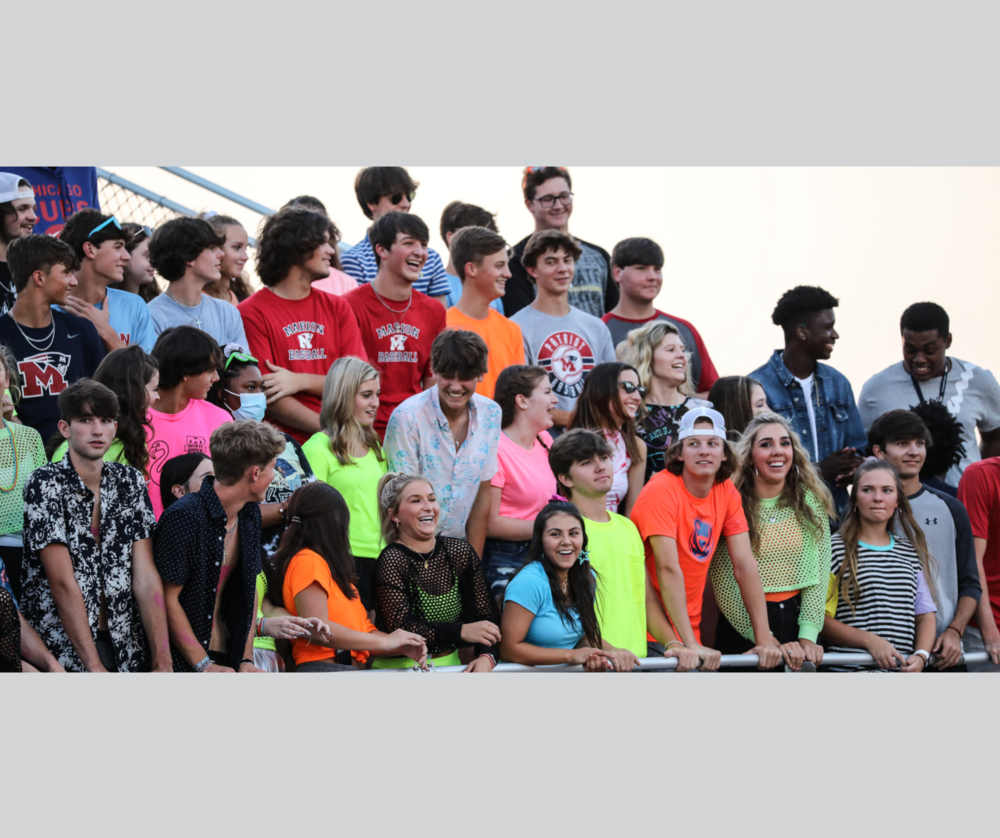 When the Pats play at home in 2022, fans will be treated to food trucks, attractions for students and younger kids, as well as an exciting product on the field.

The district is also reminding fans of its guidelines for attendees of athletic events. Those guidelines can be found here.

When defending Class 6A state champion El Dorado invades Premier Bank Stadium on September 9, the Marion football program will celebrate Youth Night, meaning that Marion football players of any age will be admitted to the game for free if they wear their jersey. Additionally, the younger players will be able to go onto the turf during warmups, and walk out to the field prior to the game.

The Marion School District celebrates Homecoming on September 16 when conference play continues against Jacksonville. Homecoming week calls for themes all week at school, including Minion Day on Monday, Liar Liar Day on Tuesday, All In This Together on Wednesday, Parent Trap on Thursday, and Patriots in Hollywood on Friday. Patriots in Hollywood asks seniors to wear red, juniors to wear white, and sophomores to wear blue. The presentation of the court will be Friday at approximately 6:30 p.m.

Benton comes to town on September 30, and in addition to being a big game with playoff implications, Marion celebrates Junior Pats night for football players in grades 7, 8, and 9. Junior Pats Night will resemble an official college visit for the first 20 players to sign up, while every player in that age group will be invited to be with the team during pregame festivities and be on the sideline during the game.

The first 20 players to sign up “get to do a photo shoot in official Patriot gear,” said Clark. “I think that's a really cool one because the kids that age know me by now, but it gives them a little extra something to look forward to as they get closer to the high school team.”

The Pats celebrate Senior Night on October 28 with Sylvan Hills in town. Fourteen senior Marion football players will be honored before kickoff against Sylvan Hills.

The Marion School District is an innovative and growing district committed to helping every student find their unique path to success in school and in life. With more than 150 years of experience serving families in Crittenden County, the district offers a high school, a junior high, and three award-winning magnet schools. For enrollment information, including information on school choice, visit https://www.msd3.org/ or call 870-739-5100.