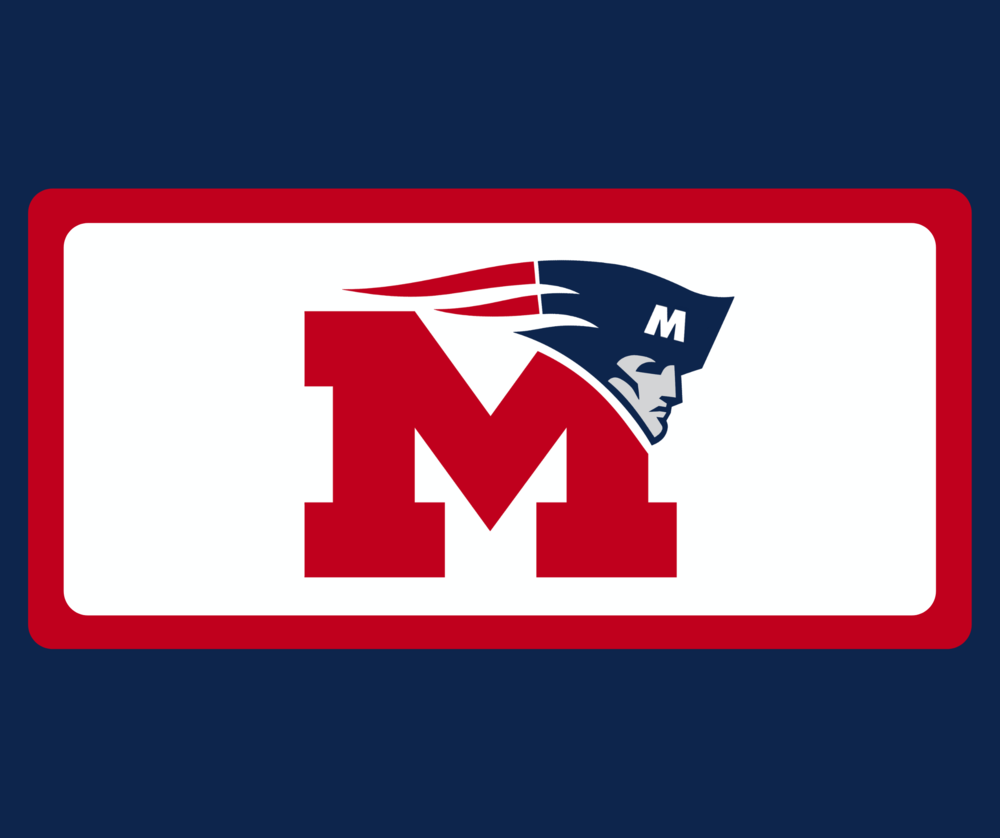 The Marion athletic department continued to make history in the 2021-22 school year as the only school in the state of Arkansas to have volleyball, football, and boys and girls basketball advance to the semifinals or farther.

Additionally, Marion's girls doubles tandem of Kelly Pedersen and Kora Wilson advanced to the semifinals of the state tennis tournament.

“I think it speaks to the level of commitment of our coaches and our student-athletes,” said Marion Athletic Director Derek Harrell. “All of our head coaches work extremely hard to improve the quality of their programs, and they've assembled excellent coaching staffs. We have committed ourselves to constantly improving our athletic programs, as well as all of our extracurricular activities.”

Only North Little Rock of Class 7A/6A can rival Marion's athletic excellence in 2021-22. The Charging Wildcats won boys and girls basketball titles. The football team advanced to the final-four round in Class 7A football, but the volleyball team exited in the first round.

Marion volleyball logged a program-best 27-game winning streak in 2021, steamrolling to the 5A East conference title, the Patriots' first outright league crown since 2015. Hosting the state tournament for the first time ever, Marion (27-2 overall) eliminated White Hall in straight sets before topping defending state champion Greenwood in five sets in the quarterfinals to make the semifinals for the first time since playing for the 2016 Class 6A state title. It was Marion's 12th semifinal appearance in 25 seasons under Coach Lisa Beasley.

While Marion volleyball returned to state prominence, the football team punched its ticket to the final four for a second straight season in 2021. Marion's (8-5 overall) list of accomplishments was long: second-most on-the-field victories during the longest football season in school history. The Patriots earned victories over rivals Wynne and Jonesboro, and when they whipped Crittenden County rival West Memphis, 33-3, in September, it marked Marion's first victory ever over the Blue Devils. Marion logged a mercy-rule playoff victory in the opening round of the postseason against Russellville before besting outright 6A West champion Benton on the road in the quarterfinals. Four of Marion's losses came to eventual state champions Bryant, El Dorado (twice), and Joe T. Robinson. 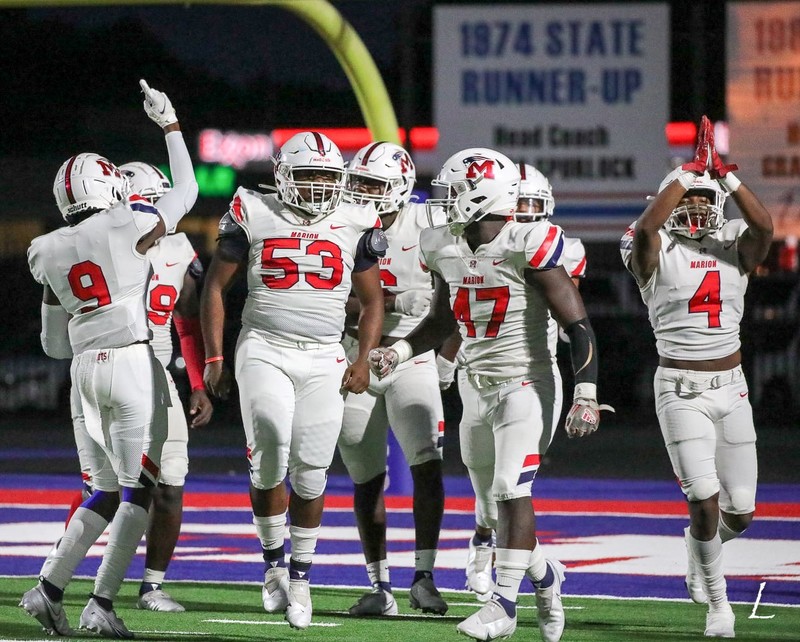 Wilson and Pedersen capped their excellent tennis careers by earning all-state honors on the tennis court. The tennis tandem knocked off Benton in straight sets in the first round of the state tournament in Hot Springs before downing Van Buren in the quarterfinals. Wilson and Pedersen clinched a third-place finish in the state tournament by besting West Memphis in the consolation match. Wilson earned all-state honors twice for Marion's volleyball team, and was a 2021 all-state selection as the soccer team's goalkeeper. Pedersen exits Marion with three all-conference golf selections. 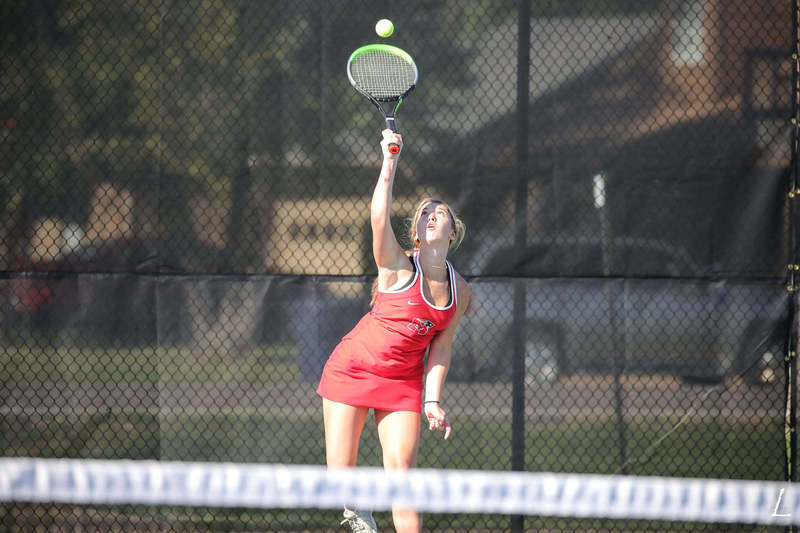 The girls hoops team entered their season with heightened expectations after last year's Lady Pats sprinted to the semifinals. Marion (21-11) hit February in stride before senior two-time all-state performer Daedrianna Cail injured her foot in a road victory at Nettleton, which cost her the last nine games. But the Lady Pats circled the wagons at the state basketball tournament in Sheridan, picking up a mercy-rule victory over Hot Springs Lakeside in the first round, before erasing a nine-point deficit in the quarterfinals against Jacksonville to make the final four. Eventual Class 5A state champion Greenwood (27-4) ended Marion's season in the semis. Marion has advanced to the semifinals four times under Coach Shunda Johnson, including the 2017 Class 6A state title.

Marion's boys have become accustomed to deep postseason runs under Coach David Clark, who's guided his Patriots to the semifinals in three of his four seasons at the helm, including the 2019 Class 5A state championship. This year’s edition played for a state title for just the third time in school history, and the second time in four years. The Patriots finished '21-'22 with a sterling 25-8 record, with three of those losses against Class 5A state champion Jonesboro, which moves up next year to Class 6A.

“It's absolutely unique that we have that type of success in one year,” said Harrell, who has coached basketball at the high school and college levels, winning state championships in 1999 and 2000 as head coach at Lonoke. “For each of the team sports to reach that level of success in one school year is something I've never been around before, but I'm so proud of our coaches and players accomplishing it this year.”

The excitement level could extend to spring sports, as well. Marion's baseball and softball teams expect to build on state quarterfinal runs from a season ago, while the Patriot soccer teams likely field their best teams ever in 2022.