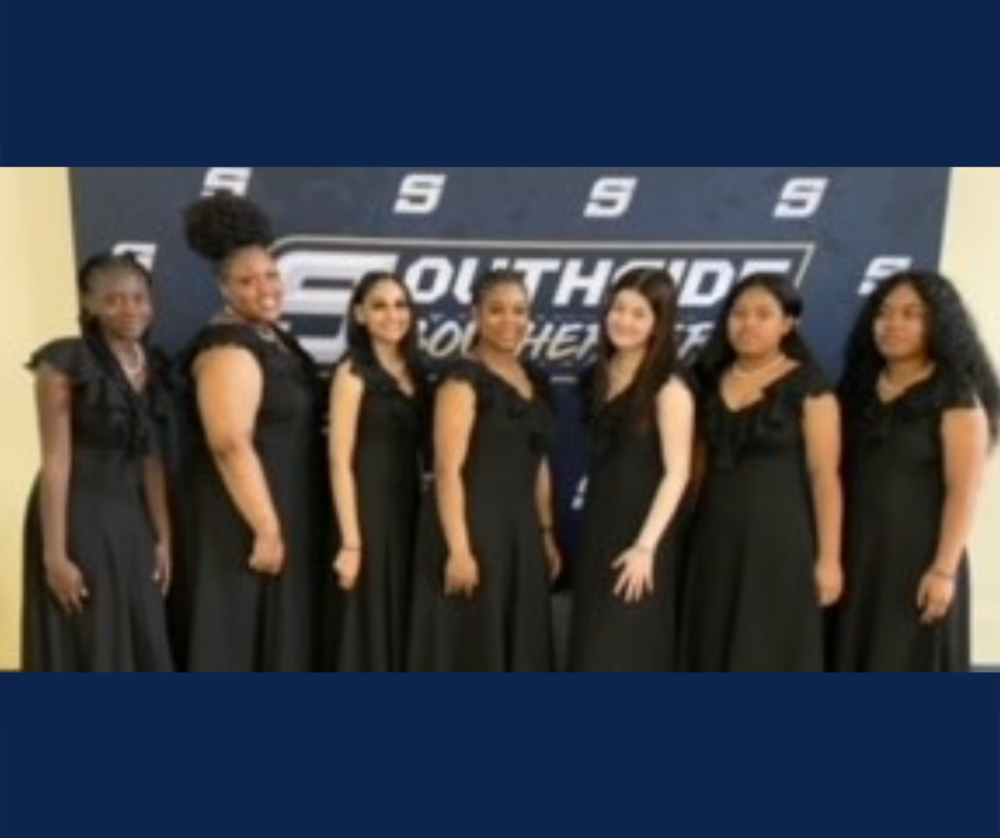 The Marion High School Treble Ensemble is headed to state competition after scoring a coveted “Superior” rating at the March 14 Region 1 Choral Performance Assessment at Batesville.

This achievement is a major milestone for the MHS choral program, which has been building back after having activities limited by the pandemic.

“These girls came together by chance,” said Marion choir director. “Due to the small number of students who were in-person last year, the enrollment for Treble Chorus was down. At the beginning of the year, our numbers moved up and down, but once schedules settled, we landed on the magic number seven.”

Adams said the girls set their sites right away on “winning a plaque,” meaning earning a superior rating. They have practiced each day during the whole school year to prepare for this event.

At the Regional Assessment, each group must sing at least two songs, one of which is from a prescribed list of graded literature. One piece must also be performed a cappella. In addition to the prepared pieces, each choir must sight-read a piece for a judge. This involves spending four minutes studying a piece they have never seen before and then performing it a cappella.

The Regional Assessment had originally been scheduled for February, but it was moved to March because of bad weather. For the MHS Treble Ensemble, this meant giving up a day of Spring Break.

“These girls have had their efforts focused on getting to the state assessment since the beginning of the year,” Adams said. “It is so much fun helping them attain their goal. I am so proud of the progress that has been made this year by both this group and our Mixed Choir. The future of our program is very bright.”

Both the Treble Ensemble and the Mixed Choir can be heard in concert at 7 p.m. Thursday, April 21, at the Marion Performing Arts Center, when they present their spring concert. Senior choir members will also be honored at that event.