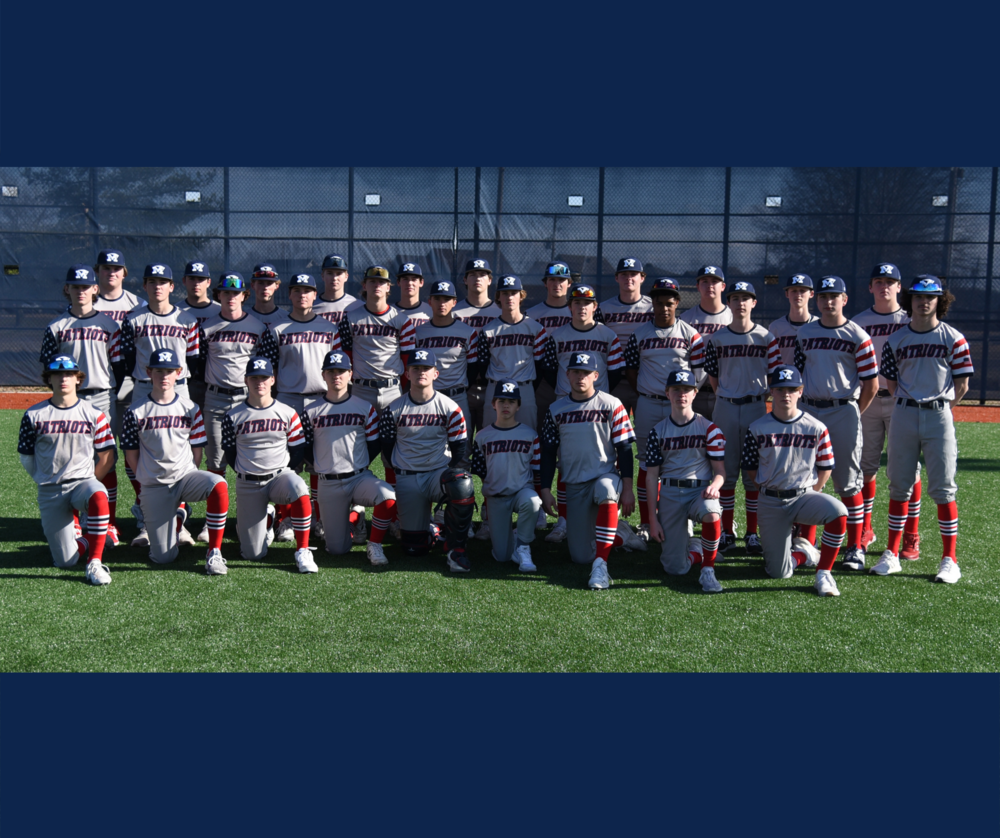 Expectations continue to soar for the Marion baseball program.

Following the Patriots' second 20-win season in three full years, Marion has opened the 2022 schedule with a 3-2 record in non-conference play ahead of the 5A-East-opening doubleheader on March 15 at Searcy.

On the field, the 2021 Patriots won 24 games, good for a conference runner-up finish, before advancing to the quarterfinals of the state tournament for the first time since 2017.

In the round of eight against Van Buren, Marion fashioned an early 3-0 lead, before allowing five unanswered runs across the third, fourth, and fifth innings. The Pats got the tying run to third base in the bottom of the sixth before losing, 6-4. Van Buren won the state title the following weekend.

“We came in on the hope of turning this program into one of the teams in the state who can make a deep run,” said fifth-year Marion coach Pete Prater. “It's hard to win this thing, because you always need a break or two, but you have to also be good.”

The nine seniors were seventh-graders when Marion launched its junior-high baseball program five years ago. Their development is mostly responsible for the transformation of Marion baseball.

“When we watched them play back then, we knew we'd be going in a good direction if they stayed with us and kept getting better,” said Prater. “They put a lot of effort and time into their careers. We're just looking for a way right now to bring it all together.”

Marion and Jonesboro have battled for 5A East supremacy for most of the past decade, and many pundits expect that to continue this spring. Jonesboro visits Marion for the first time since 2018 for a conference varsity doubleheaders on March 29. Marion also hosts West Memphis (April 19) and Batesville (April 26) for 5A-East twin-bills.

Twenty different pitchers could see action for Marion, but the guys expected to make most of the starts this season are senior all-conference performers Chase “Smiley” Armstrong, Ben “Sunshine” Gerrard, and Gage Watson. Armstrong, who signed in November with Arkansas State, is “the guy who we went to last year and knew we would be in the game,” said Prater. “He kept us in the game no matter what. Hopefully he can build on that.”

Gerrard started a handful of conference games a season ago and “impressed us,” said Prater. “He's got good stuff.”

The left-handed Watson, a Missouri baseball signee, split time a season ago between centerfield and pitcher, but Marion's lead-off man will see some action at first base this season while an arm injury heals.

Senior Dylan Kight owns experience at first base and catcher, and he should be Marion's full-time catcher in 2022. The UA-Rich Mountain signee missed extensive time last season with various injuries, but he's “a big asset for us,” said Prater. “We're excited about hopefully having him for a full season behind the plate.” Kight caught all 27 innings of a March tournament in Springdale.

Prater expects Watson and Taylor to split time at first base, and Watson likely returns to centerfield when his arm is healthy.

Seniors Connor Brinkley and Payton Voyles are returning starters at shortstop and second base, respectively. Brinkley, a Southwest Tennessee signee, could see action all over the infield. “We've liked Connor defensively since he was a freshman,” said Prater. “He's a utility guy, and he plays it all well.” The left-handed-hitting Voyles signed in February with Graceland University. Armstrong, Gerrard, and York will alternate at third base when they aren't pitching.

All-league performers Luke Bullins and Kaleb Catt return to the lineup in left and right field, respectively. Bullins, who signed in February with Rend Lake, ranked third last season in on-base percentage, and he scored three runs in a March victory over Searcy. Catt, who finished a productive football career in November, clubbed a home run last March in a victory over Hernando, Miss. Sophomore Matthew Kearney and freshman Connor Catt, brother to Kaleb, play centerfield. Kearney will also see action at shortstop and third base. Junior Slade Inman has impressed early this season in left field. Look for Sutton and Davis to play some corner outfield.