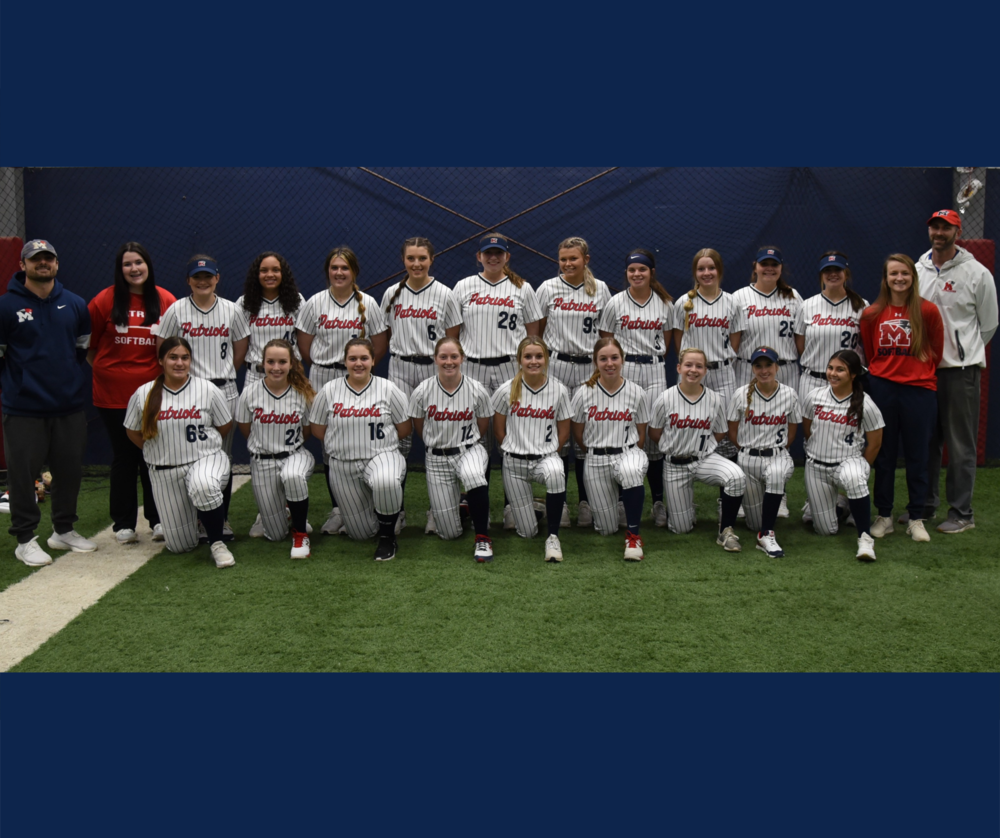 Marion softball on a mission in 2022

And why shouldn't there be excitement? Marion will return seven of nine starters, including three all-state performers and a pair of all-league honorees, from last season's 22-10 team that finished as 5A East runners-up before advancing to the state quarterfinals for the first time since playing for the 2018 state title.

“We had a good team last year, we won a lot of games, and played well most of the time,” said sixth-year Marion coach Sean Gray. “Last year, when we got into some tough spots, it was a deal where we hoped we could get it done. If something went our way, yeah we can probably get it done. This year we're back on a little bit more of a mission. As coaches, we feel great about where we are mentally, and physically. We're stronger all the way around.”

The accomplishments from 2021 are numerous: third-most wins in a season, keyed by program records for home runs (27), RBI (224), and runs scored (261). Marion's team batting average of .360 was good the second-best in school history.

“We have a reputation across the state that no matter who comes to play us, they're going to get a good game,” said Gray. “It's just a long history of playing hard and playing smart.”

Gray's staff beefed up the non-conference schedule this spring to test his Patriots against some of the better teams in the region. At the time of publication, Marion (2-1 overall) has already played defending Mississippi state champion Hernando, and Arkansas Class 2A defending champion Tuckerman, with high-profile tilts against Valley View, Brookland, and what projects to be a strong field at the Gulf Shores tournament during spring break.

Marion opens conference play March 15 at Searcy, and the Patriots return home for Jonesboro on March 29 with a varsity doubleheader beginning at 4:30. Every conference game will be streamed live on MarionPatriots.com and on the Marion Patriots Activities Network mobile app.

Many of the faces responsible for arguably the greatest offense in Marion softball history could be better than ever in 2022. All-state senior third baseman Emerson Miller rewrote the Marion record book a season ago, when she logged team-highs in batting average (.578), hits (59), runs (57), RBI (52), home runs (16), triples (10), and doubles (12). The hard-working West Georgia signee's 16 home runs is a new Marion school record, while she set single-season records in RBI, triples, batting average, hits, runs scored, slugging percentage (1.363), and on-base percentage (.656). The Team Captain's 12 doubles were only Top 5 in school history because “she couldn't stop hitting home runs,” said Gray. “We knew she was a special player and person, we just weren't sure exactly how good she would be.”

“She absolutely despises losing,” said Gray. “She gives us a chance against anybody. If we put a good defense out there behind her, she's tough to beat.” Freshman Maddie Cupples will see some action inside the circle.

All-state centerfielder McKenzie Shinabery and all-conference right fielder Kelsey Eppes anchor the outfield. Shinabery batted .414 last spring on 41 hits while scoring 35 runs with 22 RBI, 14 doubles, two triples, and a home run. “She's a lock-down centerfielder,” said Gray. “If the ball is hit anywhere near her, you can write it in the book as an out.” Eppes batted .355 as a freshman last season on 33 hits with 20 runs scored and 17 RBI. Senior Gracie Griffin saw limited action last season in the outfield but could start in left field most of the time this spring after a productive off-season.

Miller, shortstop Brianna Morquecho and second baseman Kelsey Baker are “maybe the quickest infielders in the state,” said Gray. “As soon as the ball is hit, they're on it.” Morquecho started every game a season ago at shortstop, recording an 87 percent fielding percentage while ranking third on the team with nine stolen bases. Baker earned all-conference honors in 2021, when she batted .353 on 36 hits, scored 34 runs, drove in 29 runs, stole 15  bases (second on the team), struck 10 doubles, six triples, and four home runs. Baker made only five errors at second base.

Anna Hitchman likely splits time this season between first base and pitcher after an off-season where she grew much more consistent with her bat. Hitchman has logged two hits in every game so far this spring, including a pair of home runs in Marion's 17-2 victory March 10 at Wynne.

Junior catcher Jacey Holder is “a wall back there,” said Gray. “She throws out a lot of runners, and when you get someone thrown out, you're a little more hesitant to run. That's what she brings to us.” Holder batted .286 last year, with nine RBI and a pair of doubles, while registering a 93 percent fielding percentage.