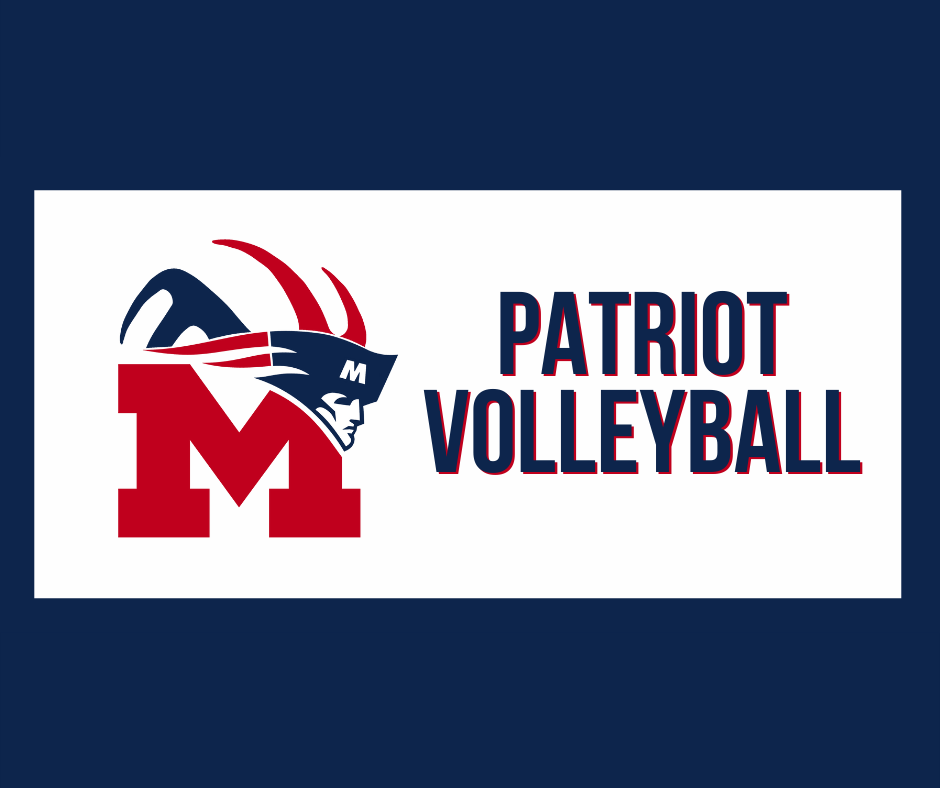 For most volleyball programs, a 15-4 final record, conference runner-up finish, and an appearance in the state quarterfinals would be cause for great joy and celebration.

But Marion isn't most volleyball programs. After all, the Patriots have won three state titles and finished as state runner-up four times since 2006.

When last seen, Marion battled eventual state champion Greenwood to the wire last October in the state tournament, in as competitive a three-set loss as one could to see. Greenwood topped Marion by two points in each of the final two sets.

Marion emerged from a grueling off-season bigger, faster, and stronger across the board.

“We have always had a strength and conditioning program, and we'd hit it pretty hard until we started putting the net up, which is when we'd start shying away from the weight room and focusing on the court,” said Marion Coach Lisa Beasley. “With Coach John Simmons now running our strength and conditioning program, he's kept us rolling in the weight room. We've consistently worked out at least twice per week, and often three times a week, since we came back in June 2020. He's amazing and does a tremendous job with our girls. Our players have bought into it and are seeing the benefits. The most impressive thing is if one of my girls misses a workout for whatever reason, they'll get with Coach Simmons and make it up. It makes me a really proud coach.”

The Patriots impressed in a pair of July camps at league rivals Nettleton and Valley View before focusing on individual player development and a series of competitive scrimmages in August.

Marion hosts the state tournament this October for the first time, which Beasley hopes could power her Patriots deep into the bracket.

“We haven't minded traveling so much in the past, but if having a big, loud home crowd gives us a boost, then I'm for it,” said Beasley. “We are excited to host this year. We hope to put on a tournament that leaves people hoping we host again in the future.”

Patriot Volleyball Gym has undergone sweeping changes since it last hosted a game 673 days ago. MSD upgraded the home locker room and added new signage to the doors and gym walls. New bleachers are coming in October to PVG during fall break.

Nine seniors, including three all-state performers and a pair of projected four-year players, highlight the 2021 Marion volleyball roster. “This is an extremely fun group of girls who really get along well,” said Beasley. “Our team chemistry this summer has been awesome and a lot of fun to watch.”

Senior Anna Caroline Fesmire pursues a third straight all-state nod this fall, one season after serving a team-high 46 aces, in addition to recording 222 kills, 150 digs, and 41 assists. Classmate Daedrianna Cail earned all-state honors last fall by pacing Marion with 231 kills and 67 blocks, and recording 58 digs, serving 32 aces, and handing out 21 assists. Fesmire “will play all six rotations,” said Beasley. “She'll run our offense as our setter, and she absolutely rips the leather off the ball at outside hitter.” Cail “will take charge in the front row as our middle hitter and blocker, she can serve and play a few rotations on the back row,” said Beasley. “They've led our team the past three years and I'm looking forward to seeing what the future holds. They're phenomenal players, and people.”

All-state senior performer Kora Wilson plays all six spots this fall because “we have to have her on the floor,” said Beasley. Wilson, whose mother was a standout player on Marion's first volleyball team in 1996, handled 351 serves last fall (team-high), ranked second with 181 digs, and was third with 91 kills. “Her volleyball knowledge is off the charts. She's like a little volleyball Yoda,” said Beasley. “She hits, defends, and passes extraordinarily well. She may be five-foot-seven, but it doesn't matter. She plays bigger than she is.”

Cail and Fesmire have earned American Volleyball Coaches Association (AVCA) Phenom honors the past three years, with Wilson joining them the past two seasons.

Senior libero Madison Keith earned all-conference honors a season ago when she paced Marion with 196 digs. Keith ranked second on the team with 209 serves received, and she handed out 51 assists. Keith missed time the past two seasons with injuries but “she's back, and better than ever,” said Beasley. Senior setter Lauryn Keith, twin to Madison, registered 110 digs and handed out 29 assists in 2020. “If they were a few inches taller they'd never come out of the game,” said Beasley. “They're the epitome of 'great things come in small packages.'”

Athletic senior Emerson Miller carved out a role as a defensive specialist this summer. Miller, who rewrote Marion softball's offensive record book in the spring, bench pressed more than her body weight in a workout. “She's a team player with a great attitude,” said Beasley. “She's put in her time and has attacked the off-season. She does anything and everything she's asked.” Senior outside hitter Kiara Ledezma earned varsity reps last season, registering 18 digs, 13 blocks, and 12 kills. The versatile Ledezma “does everything extremely well,” said Beasley. “She's always in the correct position.” Senior Hannah Grace Hallum profiles as a defensive specialist because “she's improved every year,” said Beasley. “She's an excellent team player, and a lot of fun.”

Senior Riley Jackson impressed in the off-season at outside hitter and “makes us all better,” said Beasley. Junior middle hitters Kiah Rucker and Meredith Williams are Marion's first 6-foot players since 2011 state final MVP Harley Strayhorn graduated. Rucker and Williams “are not just tall girls, they can make plays,” said Beasley. “I look forward to big things from them over the next two years.”

Juniors Mady O'Clare and Madison Allison impressed coaches in the off-season as defensive specialist and middle blocker, respectively. “Mady is an awesome teammate,” said Beasley. “Madison has been extraordinarily coachable. Her level of play continues to rise.” Junior Kelsey Baker, also a standout softball player, hit, set, and played defensive specialist this summer. “She has a knack for getting to balls that we didn't think anyone could,” said Beasley. “She makes something out of nothing.” Freshmen Maggie Miller and Alexa Shinaberry promote this fall to lead the junior varsity as it switches to a 6-2 formation.